new Delhi. Former Congress president Rahul Gandhi has said that the corona epidemic has hurt many people but it has caused the greatest pain to migrant laborers who have been beaten, restrained, intimidated but they have not stopped and walk towards their homes. are.

He said that workers only want work. The migrant workers are most upset that Prime Minister Narendra Modi did not care for them while implementing the lockdown and suddenly announced the lockdown. Workers are worried that it is being continuously increased and they are not getting a chance to go home. Since there is no work, the workers only want to reach their homes, so they are walking.

In the video, the workers told the Congress leader that before implementing the lockdown, PM Modi should have thought that the poor also live in this country who earn during the day and feed themselves with the same earnings in the evening. He should have taken care of the poor and decided accordingly, but as usual he suddenly came on TV and implemented a lockdown across the country. 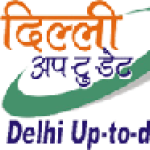 new Delhi. There are almost all types of medical facilities in...
Read more

new Delhi. There is a lot of controversy in the film...
Read more

IPL Governing Council meeting can be held on 2 August

Imphal A case of a militant attack has come to light in Manipur in which 3 Assam Rifles soldiers...
Read more

Yuvraj Singh wanted to make a career in tennis, then held back from this fear

new Delhi. Apart from becoming a cricketer, former Indian all rounder Yuvraj Singh also had a dream of...
Read more

To avoid getting banned in the US, the TicketLock app can be sold to an American company.

45,720 cases of corona virus occurred in a day in India

Congress directly accuses 3, including Union Minister, of buying and selling MLAs in Rajasthan

Will not and lockdown. – Delhi Up to Date

new Delhi. There are almost all...
Read more

new Delhi. There is a lot...
Read more

IPL Governing Council meeting can be held on 2 August

Yuvraj Singh wanted to make a career in tennis, then held back from this fear

Islamabad Even before the corona virus epidemic in Pakistan, the condition was not right,...
Read more

Feed Me News is your news, entertainment, music fashion website. We provide you with the latest breaking news and videos straight from the entertainment industry.